How nontraditional pathways can lead workers to good jobs. 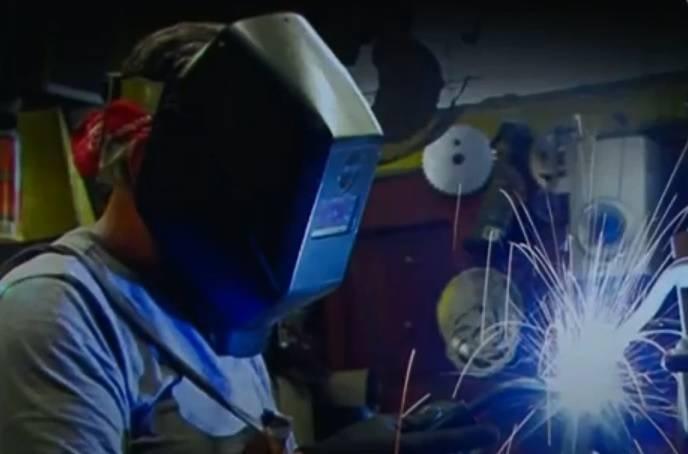 While many students still take a traditional path to college degree, there are other alternatives. John Yang examines some of them. It’s part our weekly segment Making the Grade.

John Yang:
Even as the U.S. labor market has added jobs for more than 90 months in a row, analysts are concerned that there won’t be enough skilled workers to fill new jobs in industrial work, manufacturing, and technology.

One widely cited analysis estimates that more than two million jobs will go unfilled by 2025 because of a shortage of skilled workers.

We look at efforts to close that gap with two people who specialize in this issue.

Nicole Smith is a professor and economist at Georgetown University’s Center on Education and the Workforce. And Beth Cobert is with the Markle Foundation. She’s the head of a program called Skillful, which helps find qualified job candidates and prepare them for a changing economy.

Nicole and Beth, thank you story being here.

Nicole, let me start with you.

John Yang:
What are the pathways to try to close that gap, the skills gap between the jobs available and the people able to fill them?

Nicole Smith:
Well, one of the first things we have to do is to identify where some of the shortages lie.

And once you do that, we can figure out, you know, is there a way of attracting more people into those types of professions? The problem that we have here is that a lot of these — quote, unquote — “middle-skills jobs,” jobs in manufacturing, jobs in construction, jobs in production occupations, still suffer from a P.R. problem, so that most people don’t want to do those jobs, because they have — you know, they associate them with hard work, hardhats.

What they fail to recognize is that these jobs are now good jobs that pay well, and, in some circumstances, even pay more than a standard associate’s and bachelor’s degree.

John Yang:
What sorts of jobs are we talking about?

There are many of these types of two-year associate’s degree, certificate, certification, licensing jobs that can pay very well if you have the qualifications required.

John Yang:
Beth Cobert, I know your organization works with employers. Are you working with the employers to try to get them to look for skills, rather than credentials?

Beth Cobert:
That’s right. We are working with employers to get them to think about skills and credentials.

What do you really need to do a job? What do you need start on that job? And what are some of the skills that can be trained while you’re there? We found in our work with employers that, when they think about that way, when they distinguish between what’s required and what’s preferred, it opens up the labor pool to a variety of candidates who might — they might have thought — not have thought about for those roles.

So it creates opportunities for individuals to get to the good jobs that Nicole is describing, and to be able, once they’re there, to advance in those organizations with good wages and good jobs.

John Yang:
Nicole, Beth is talking a lot about these — sort of doing these in mid-career, as it were, or people who are looking to change jobs.

What about at the beginning, at high school, guiding students into the right places or the right fit for them?

So by the time you actually leave high school and you go to college, you go to two-year college or four-year college, you transition from exposure to those careers to an experience with those careers, through internships, externships, get a hands-on on exactly what is expected for that job, that can create a lot of interest that’s beyond just learning something that’s academic in a book in front of you.

John Yang:
Nicole, what about these pathways to these skills through what we don’t traditionally think of as higher education, whether a four-year degree or two-year degree, apprenticeships, other programs like that?

Nicole Smith:
Well, these types of pathways are really taking foot in terms of offering opportunities for many young people.

And nontraditional pathways are — you know, we can look to those a lot more than we did in the past, mostly because they don’t represent a closed door anymore towards a bachelor’s degree. It might be an opportunity to try something new. You can do it for two years. You can try your apprenticeship program.

You can do your associate’s degree, your certificate, your certification, and later on decide on a bachelor’s degree. So, there’s no closed door. There’s no dual pathway anymore that steers people in one or the other.

So, for many, the idea that they can, you know, maybe just try it out for a couple of years is much more palatable than committing to a four-year degree, where we know that some of the completion rates are held in question.

John Yang:
And, Beth, are employers opening themselves up increasingly to these — this idea of an apprenticeship program?

Beth Cobert:
Employers are opening up to it.

One of the great initiatives under way in Colorado that has been created under Governor Hickenlooper’s leadership is a program called CareerWise. It’s a statewide youth apprenticeship program starting in high school and working your way through, where you have an opportunity to learn and earn at the same time.

We have actually got a terrific apprentice who is working in our office in Skillful who is a great contributor, has learned a lot through that apprentice, and, as Nicole described, is simultaneously pursuing his bachelor’s degree at Metro State, so a great example of what is a growing cadre of apprenticeships through CareerWise across Colorado.

John Yang:
Beth Cobert, Nicole Smith, thanks so much for being with us.

Nicole Smith:
Thank you for having me.

Beth Cobert:
Thanks for having us.