How this community college is preparing students for careers in aviation 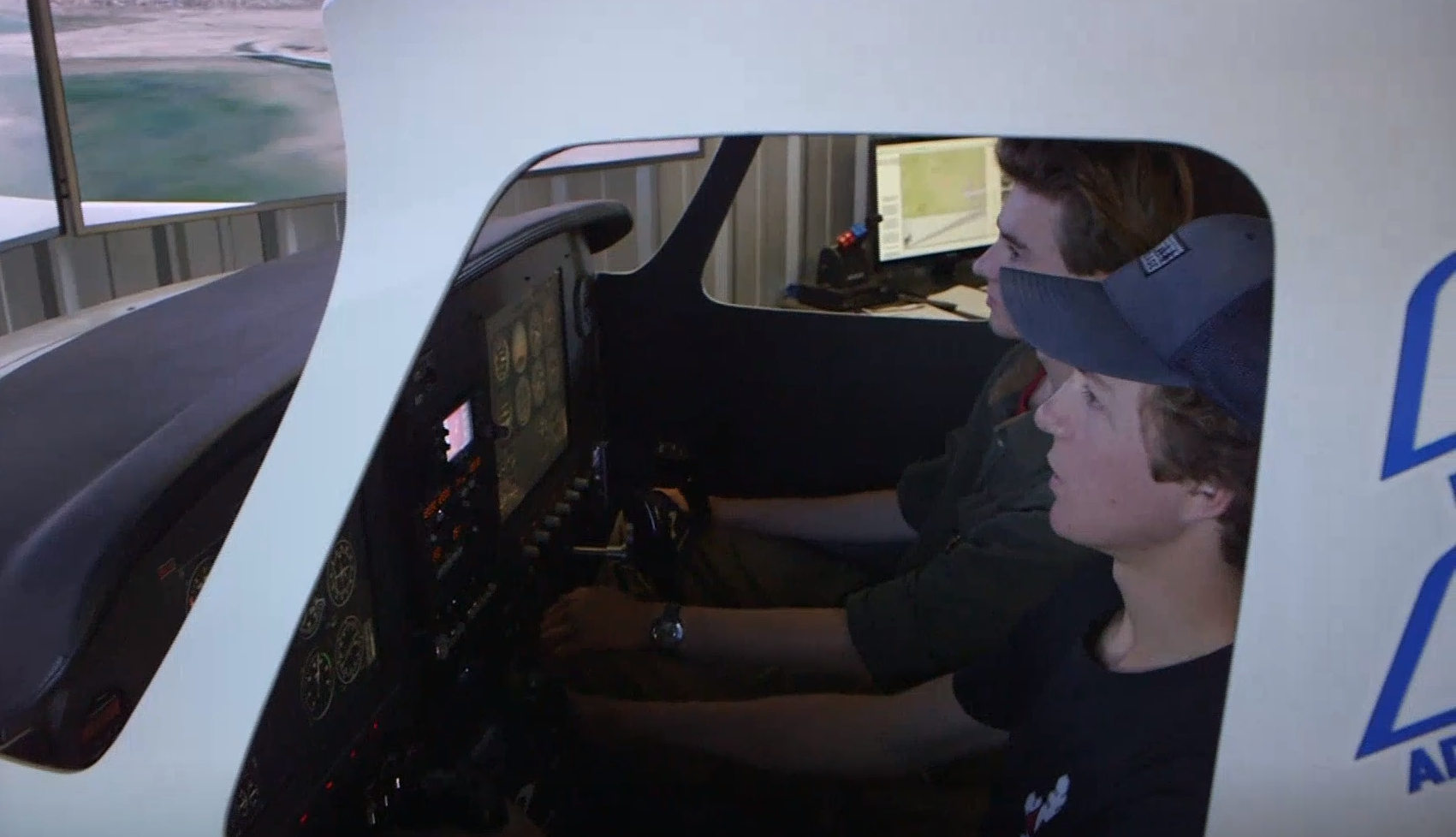 PBS NewsHour discusses the pilot shortage and what a community college is doing about it.

Judy Woodruff: And now to a critical issue facing the airline industry, and that is an unprecedented pilot shortage.

Pilots are retiring in droves, as it turns out, and not enough new pilots are being trained. Boeing says the global aviation industry will need 800,000 new pilots over the next 20 years.

It is part of a broader effort by community colleges to better prepare students for the work force, and the latest in our series on Rethinking College and part of our regular education segment, Making the Grade.

Adam Mitchell: So, today, I think we will work on — we will do some steep turns.

Cat Wise: As Taylor went through her pre-flight checklist, and closely examined the plane, Mitchell quizzed her.

Beverly Taylor: It's called — I know it — oleo.

Cat Wise: After nearly 70 hours in the cockpit, Taylor earned her private pilot's license earlier this month, the first step on what is often a time-consuming and expensive journey to become an airline pilot.

Growing up, Taylor never thought she'd be where she is today.

Beverly Taylor: I grew up kind of poor, like, single mother, we lived in a trailer park. And none of my family members went to college. They all had kind of nothing — no huge jobs, so I never pursued it.

Cat Wise: After high school, Taylor spent six years in the Navy. When she got out, she learned she could use the G.I. Bill to pay for pilot training.

She could have applied to one of the four-year aviation programs around the country, but she wanted to get her new career started as quickly as possible.

Beverly Taylor: I'm 27 years old, which is not old. I know that. But I'm not fresh out of high school. And I don't want to have to go through the whole bachelor system. So, this is a good opportunity for me.

Cat Wise: Taylor is about six months into a two-year pilot training program at the Central Oregon Community College in Bend. It's one of about 70 similar programs at community colleges around the country gaining in popularity as word spreads about opportunities in the aviation industry.

Karl Baldessari: This is an unprecedented time to be interested in aviation.

Cat Wise: Karl Baldessari is the director of the program, which began 13 years ago and currently has about 200 students enrolled learning to be airplane, helicopter and drone pilots. Seventeen percent who begin the program complete it, and there's a waitlist to get in.

Karl Baldessari: So if you're on a westerly heading while accelerating, the compass is going to swing temporarily to the north.

Cat Wise: Graduates walk away with an associate's degree in aeronautical science and all the flight hours and certifications needed to be a commercial pilot.

The price tag for airplane students? About $80,000 for tuition, fees and flight time. A four-year aviation bachelor's degree can cost more than double that.

Many of the students, like Taylor, are military veterans, using their G.I. benefits to launch into new careers. Taylor's instructor, Adam Mitchell, is also a fellow vet.

Adam Mitchell: We like to showcase everyone's first solo, because it's when they are actually sort of becoming a pilot.

Cat Wise: The 37-year-old is a former enlisted medical specialist for the Navy and Marines who completed both helicopter and fixed-wing pilot training.

For the past eight months, he's been teaching to build up his flight hours. But he's about to move on.

Adam Mitchell: I have just hit 1,000 hours. Actually, I think today's flight put me over 1,000 hours. So I just got picked up by kind of like a regional corporate airline up in Seattle.

Cat Wise: Mitchell's quick move into the new job probably wouldn't have happened just four or five years ago. Back then, new pilots would typically spend several years teaching and flying commercially before earning enough hours to become a corporate or eventually an airline pilot.

Starting salaries at the regional airlines were about $25,000 a year. Now, because there is a big demand for flight instruction time, recent pilot grads like Mitchell are getting their required hours done a lot faster.

And Baldessari says, because of the pilot shortage, the airlines are ready to snatch them up.

Karl Baldessari: Today, the difference is that after, about 15 to 18 months as an instructor, these airplane pilots can move directly to the airlines. The regional airlines will take them right on, and those airline salaries have essentially doubled.

Cat Wise: The pilot shortage is leading to greater competition between the airlines for new talent, and some companies are now recruiting student pilots while they are still in school.

Cat Wise: Bryan McKune is the manager of pilot development for Alaska Airlines.

Bryan McKune: We're the fifth biggest airline, but we're probably the top place to work at.

Many of the other major airlines now have similar recruiting efforts.

Bryan McKune: Just keep us informed of your hours.

Man: Yes, I have been doing that.

Man: I have been getting e-mails about that.

Cat Wise: Students accepted into Horizon's competitive program, like military vet Bryce Thorton, receive a $7,500 stipend for school costs and a guaranteed job after they graduate and meet the required flying hours.

Bryan McKune: We don't want to end up in a situation where we don't have pilots. It's being very competitive. And there's only so many. And so, as this shortage increases, and the pool gets smaller and smaller, you can imagine it's going to be more enticement and more bonuses. All the airlines want to grow.

Cat Wise: How much the industry grows will depend, in part, on efforts to diversify and expand the work force.

Beverly Taylor: I'm going to turn off the fasten seat belt sign at this time.

Woman: Currently, just 5 to 7 percent of pilots in the major airlines are women. Baldessari says one of the goals of his program is to improve those stats.

Karl Baldessari: I think it's important to actually market ourselves to women, to show them that this is absolutely a viable career path for them. It's just as important to be able to employ women faculty, instructors as mentors, as role models, as examples of exactly what you can achieve in this industry.

Cat Wise: There's also an effort under way to recruit future pilots while they are still in high school.

The Central Oregon Community College aviation program recently donated a used FAA-certified flight simulator to a nearby school in Sisters, Oregon; 35 juniors and seniors are enrolled in a unique program teaching them to become pilots before some even have their driver's license.

Sheryl Yeager: The fact that we can hook them in high school, and then funnel them into COCC, which is kind of the plan, it's a career waiting to happen. And it's a really good career.

Cat Wise: Back at the Bend Airport, student Beverly Taylor is perfecting her takeoffs and landings. After she completes her training next year, she plans to keep her options open, but she wouldn't mind becoming a test pilot for NASA one day.

For the "PBS NewsHour," I'm Cat Wise in Bend, Oregon.