How to educate Americans for jobs? Ask the Germans, employers urge 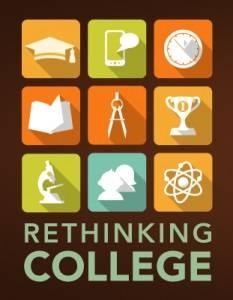 JUDY WOODRUFF: But, first, a new night for education.

The NewsHour has long been committed to covering that topic. And starting tonight, we will be expanding our coverage on Tuesdays with a new feature series called Making the Grade. We will provide in-depth reporting on education issues at every level, from early childhood and preschool, all the way through high school and beyond with the world of higher education.

We will explore the most fundamental concerns in schools, communities and workplaces, and we will also cover plenty of approaches you may not have heard about yet.

Tonight, we focus on vocational education. There’s a growing recognition of its value for some students. But how do you determine when it’s working for the long haul?

Special correspondent John Tulenko of Education Week has our story.

JOHN TULENKO: This year, more than a million students will graduate from high school, and most will go on to college. It ought to be something to celebrate, but, in fact, nearly 40 percent of those who go to four-year colleges and some 70 percent of students at community college will never earn their degree.

DAVID WHEELER, Principal, Southeastern Regional: It’s the shame of our nation, when you look at, a student comes out of high school, not knowing what they want to do, goes to college, drops out. Now they’re in debt, without a job, and not knowing what they want to do. They’re worse off than they were, you know, as little as a year before. And that’s all preventable, all of it.

Here, in addition to the regular school subjects, students learn skilled trades and professions, and, if they choose, instead of college, they can go directly into the work force.

DAVID WHEELER: You can become anything you want here, if you take advantage of what we have.

DAJON LOPES, Student: We learn to cook everything, a whole bunch of foreign dishes, American dishes, anything. You name it, we got it. This right here is Asian scallop saute.

JOHN TULENKO: Is this a new dish for you?

JOHN TULENKO: The first time, yes? May I?

PAULA KFOURY, Southeastern Regional: It’s not like you’re opening a book and reading about it.

PAULA KFOURY: It’s hands-on, which is so different.

PAULA KFOURY: They come in here every day and open a restaurant. And we do all of the functions for the school.

STUDENT: This car has — gave us a lot of problems.

JOHN TULENKO: In collision repair, the work is also real.

STUDENT: A customer brings in a car, we, like, do a estimate on it.

JOHN TULENKO: This is someone’s car?

STUDENT: Yes. And then, after that we call the customer up, we tell them how much it will cost, and we start repairing it.

DAVID WHEELER: Almost all of our shops do some form of, we call it live work. Cosmetology takes clients. Construction, we have done complete renovations of buildings. We have done Web sites for people. We do printing. There is no better way to engage a student than they’re doing real, meaningful work.

JOHN TULENKO: Of course, they also do academics. Every other week, students are in traditional classes full-time.

On the flip side, SAT scores and scores on advanced placement tests lag significantly behind the state as a whole. But, for Dave Wheeler, those are not the numbers that matter most.

DAVID WHEELER: When we do follow-up studies, generally speaking, we hit the 90 — high 90 percent range of students that are either in the work force, continue to be enrolled in college, or have gone into the military. The point is to get you to be a happy, productive citizen.

JOHN TULENKO: This approach is getting lots of attention from reformers these days, who see it as a way to improve engagement and achievement in high schools.

But career and technical education, or CTE, as it’s sometimes called, has its critics.

CAROL BURRIS, Network for Public Education: Even though that is what people are touting as a possibility, rigorous CTE programs, in the reality, I don’t think it’s going to happen.

JOHN TULENKO: During her 15 years as an award-winning high school principal in New York state, Carol Burris had an insider’s view on these programs.

CAROL BURRIS: I think a lot of schools will take kids that are behavior issues and will say, you know what, I think technical education is where you need to be. I think they will take kids who have learning disabilities, and rather than work with them in academics, push them on that track. We just know that historically.

JOHN TULENKO: Almost from the start, high schools were organized into tracks, with separate programs for students bound for college and those bound for work.

MICHAEL PETRILLI, Thomas B. Fordham Institute: And, oftentimes, the way the system made that decision was based on the color of their skin or by their zip code. You can imagine that it was mostly kids of color and low-income kids who were shuffled into vocational programs, many of which were terrible.

MICHAEL PETRILLI: There was a big effort to de-track the high schools and the middle schools starting the late 1980s, early ’90s, which was very successful in most big cities.

ANTHONY CARNEVALE, Georgetown University: We decided that we were going to give academic education, which essentially teaches abstraction, we decided to give that to everybody through high school.

ANTHONY CARNEVALE: The basic American model is high school to Harvard. The difficulty with that is, it doesn’t work for most students. You ask the teacher, why am I taking this course? And they will say, well, you need it for college, and that’s enough. For a lot of kids, that’s not enough.

JOHN TULENKO: Many arrive at college unprepared, fall behind and drop out.

MICHAEL PETRILLI: It would be a lot better for those people to go out into the work force, get some real skills, and maybe down the road they would be ready then to go and get a postsecondary credential.

JUSTIN MEEKS, Class of 2015, Southeastern Regional: Schoolwork wasn’t — I wasn’t the greatest at it. I feel like I’m more of a hands-on person.

JOHN TULENKO: For Justin Meeks, fabricating metal was a better fit. He learned the trade at Southeastern and, through an apprenticeship arranged by the school, landed a full-time job just days after graduation.

JUSTIN MEEKS: School prepared me well for this. I weld here a lot. I have to cut well on here and very accurate.

JOHN TULENKO: You can’t make a mistake on a beam like this.

JOHN TULENKO: If you don’t mind my asking, how much do you make?

JUSTIN MEEKS: Fourteen sixty-six. And if I can keep getting more money and more money, and a raise, and working harder, I think I could be fine without college.

JOHN TULENKO: Is this a success?

MICHAEL PETRILLI: First of all, let’s look at the alternative. If this was a young person who wasn’t doing well in school, if he hadn’t been engaged in something that really motivated him, he probably would have dropped out or maybe he would have made it to graduation, and then that was it. And then he’d be going into the work force and lucky to get a minimum wage job. This is a much better outcome.

JOHN TULENKO: And Petrilli says vocational schools like Justin’s are different these days, because, at places like Southeastern, tracking is a thing of the past.

MICHAEL PETRILLI: It’s very important that the pathways are chosen by the kids themselves. We want to provide options, and let the young people make decisions.

CAROL BURRIS: I think it’s very dangerous. I have seen so many kids who have been academic late bloomers, who all of sudden they mature and they buckle down and they do their studies and they go on to college.

When you start to push kids when they are too young to make that decision, they’re just not ready to make it.

JOHN TULENKO: But that’s not stopping families from enrolling their teenagers at Southeastern. This year, some 800 students applied for 400 spots.