Opinion: Every student can be an inventor 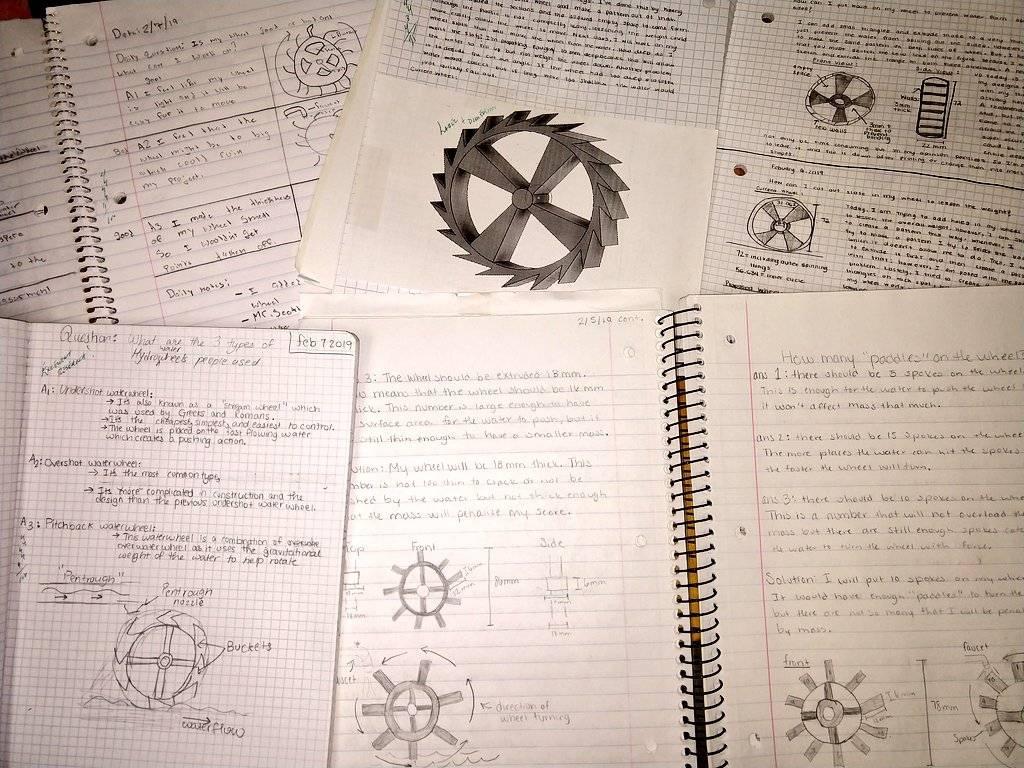 SCREENSHOT OF ONE OF DOUG SCOTT’S TWEETS
Photo courtesy of Doug Scott
American Graduate: Getting to Work

“What is your problem?”

So simple and yet so difficult to answer, that essential question is what I ask my high school engineering students when they begin the study of inventions.

In a world where students are often provided the problem, or spoon-fed a solution, or end up checking their answers against those in the back of the book, I am introducing them to a foreign concept.

The concept of the “invention design process” or “engineering design process” involves students completing a series of steps, including identifying a viable problem, developing potential solutions and ultimately fabricating a prototype that proves they can improve the lives of beneficiaries. In short, we are talking about real problems that affect real people.

An epiphany occurs when the students in my classroom realize that I don’t know the answer either. That is the truth: “I don’t know.” But it doesn’t scare me like it would have done in my first years of teaching. Students will also often say, “I don’t know what problem I should solve.” My reply is similar: “I don’t either, but it is going to be a lot of fun seeing you find one.”

At this point in the process, students begin to realize that not only do they need to identify a problem, but have to clearly understand a problem. There is no room for loosely pieced together projects that are hacked together without thought or true purpose.

For example, each semester my class invents devices to assist local fire and police departments. At the end of the unit, we invite in police officers and firefighters for a showcase who then provide students feedback on the devices. These key stakeholders do not have time to waste on projects that don’t take their work seriously. As a result, the students will also give their projects serious attention.

Too often students in our world of education are allowed to pass off answers that have little meaning to them and are accepted by “we the teachers” as the correct answer, often from experts elsewhere who have provided us with our lesson plan neatly packed and sealed into a can labeled “Great Knowledge.”

So whose responsibility is it to toss out the canned stuff and cook up a lesson that is a little more interesting and doesn’t leave a student feeling empty after digesting it?

Mine, of course. And I don’t see it as just my job to do this but my passion to do it. If this were merely a job to me, the kids in front of me would pay the price. I see my role as a facilitator that will help students dust off a part of their brain that will be forever active once awakened.

Last spring, I got the chance to write a lesson for NewsHour Extra’s “Invention Education” series. My lesson, “Solar invention makes safety and production levels shine,” focused on an invention used mainly in developing countries that turns plastic 2-liter soda bottles into affordable sources of light. All of the lessons in the series ask students to solve a problem in their own community and design a prototype of an invention.

One aspect of invention education that further helps students to see the connections between their lives at school and the real world involves patenting their inventions. In 2012, my students at my previous school in Natick, Massachusetts, won a $10,000 Lemelson-MIT InvenTeam grant to prototype an invention that could assist our local fire department’s ice divers in search of drowning victims or objects.

On Dec. 6, 2016, the U.S. Patent Office issued 23 of my students along with myself and a colleague Patent 9,511,833 B2 for “remotely operated multi-component search robots for underwater search and rescue operations, and particularly suited for searches under ice.”

Inventing is a skill and every student can develop that skill. It may be cliche, but it’s true–kids are natural inventors. And once taught the skills of how to invent, there is no stopping them. This separates young people from the average person who dismisses problems as a byproduct of life. It’s also what makes young people so naturally empathic.

My students begin to see the problem, understand it and pursue solutions. Once a problem is seen and understood, how you could not provide it the attention it deserves?

As a teacher, I can’t help but ask, “How can I not want to send more problem solvers into the world?

Doug Scott teaches Robotics and Information Technology at Hopkinton High School in Massachusetts. He started off as a business undergraduate student at Framingham State University but was always a lifelong inventor at heart. Doug’s 16-year teaching career sprung from his hockey coaching experiences, which have been instrumental in helping him motivate students through the inventing processes. Doug and the Natick High School InvenTeam participated in the Lemelson-MIT Program’s EurekaFest in 2013. In the spring of 2014, Doug accompanied two student representatives from Natick to the fourth White House Science Fair. Just a few years later, their invention was awarded U.S. Patent 20,140,360,420. Doug was awarded the 2014 Massachusetts STEM Teacher of the Year and continues to be an advocate for invention education for all.