The pros and cons of schools ditching a long summer break 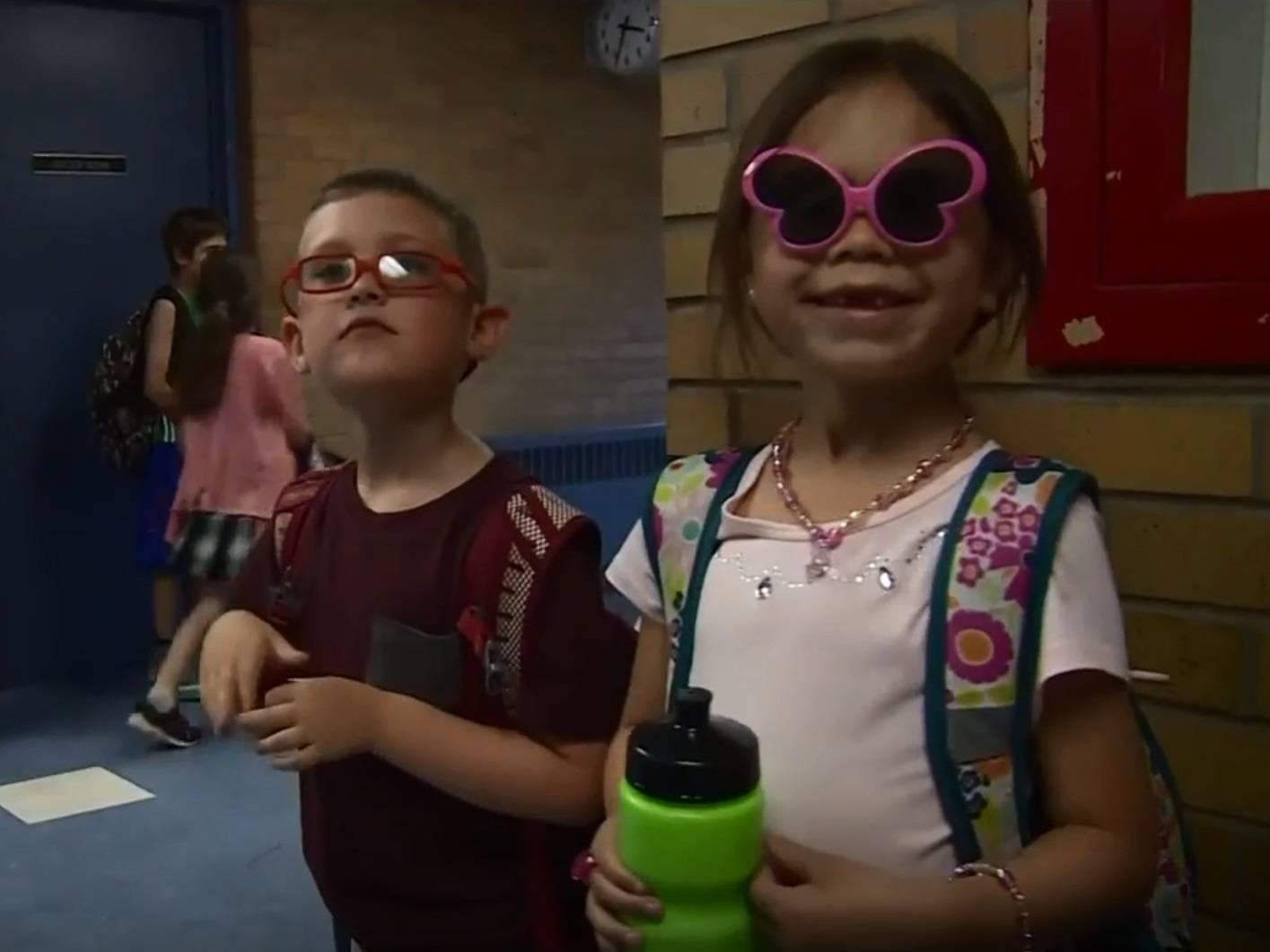 Judy Woodruff: For many American students and their families, summer is sacrosanct, a nice long break from school to recharge and refresh.

But students in about 4 percent of public schools attend on a year-round schedule. Supporters of the idea say they can stop a loss of learning and boost achievement, especially for low-income students who need school meals over the break.

Special correspondent Lisa Stark of our partner Education Week visited one such school in Holt, Michigan.

It’s part of our weekly segment Making the Grade.

Man: So, everybody get a little space here, just so they can get the proper grip, OK?

Lisa Stark: It’s the start of summer break in Holt, Michigan, and tennis camp is in full swing, one of a number of summer activities on tap for middle schooler Lucia (ph) Frost, who was ready for school to end.

Student: Yes, it was great.

Lisa Stark: But for her younger sister, Caico (ph), class is still in session. Caico’s school, Sycamore Elementary, is one of two in this district that uses a so-called year-round, or balanced, calendar.

There are no additional school days, still around the typical 180, but those days are divided up differently. In a year-round calendar, summer vacation is shorter, about half of the usual 10 to 12 weeks, and there are one- to two-week breaks sprinkled throughout the year.

So what would you say to kids who don’t know about the balanced calendar?

Student: I would tell them that it feels like you can get more breaks, but you still learn as much as you need to be educated.

Kelly Frost: I think it’s nice for the kids. They don’t get burnt out during the school year. And in the summer, I think that by having the shortened summer, I think they’re still getting their freedom outside.

Lisa Stark: Some 3,700 schools in the U.S., around 4 percent of schools, use a balanced calendar.

In some cases, it’s to manage overcrowding, to stagger schedules, so one school can handle more students. But, at many schools, such as Sycamore, the hope is to boots student achievement with more consistent education.

Denise Schaffer: I think that it gives us continuity, and, over time, we can spread our learning out a little bit and take things a little more deliberately.

Lisa Stark: Long summers, though, are part of the American culture, and can be a magical time for some families. Any attempt to change the school schedule often causes an uproar.

Jennifer Davis: The current school calendar is so ingrained in the American society and family life, that it’s very hard to change.

Lisa Stark: Davis, though, believes this school schedule is way out of date.

Jennifer Davis: Today’s American school calendar was created for the 19th century farm and factory economy, and hasn’t kept pace with the needs of our changing economy and with the needs of families in today’s world.

Kelly Frost: I think the shorter summers are better for education. I think the longer summers, they’re out too long.

Lisa Stark: Long summer breaks can be a time of learning loss, known as the summer slide, especially for low-income students, who may not have the money for camps, classes or summer activities to keep their minds active.

Every summer, low-income students lose about two months in reading skills, while middle-income students hold their own. In math, most students, regardless of income, lose some math skills.

Lisa Stark: Sycamore Elementary hopes to reduce that loss with the balanced calendar. It’s the district’s highest-poverty school. Over half of students qualify for free or reduced-price lunch.

David Hornak: If we do the school the way we have always done it, we’re going to get the same result we always have. So, by changing the calendar, that’s one thing that we can modify to potentially make a difference.

Lisa Stark: The district superintendent, David Hornak, also heads up the National Association for Year-Round Education. He admits this schedule can be a tough sell.

Opponents argue teachers and students lose out on summer jobs. For parents, it may be hard to find child care during school breaks. Coaches worry about scheduling high school sports. And, for schools, summer air conditioning can be costly.

David Hornak: I think that that’s something we should take a longer look at. We are spending millions and millions of dollars nationwide remediating the gaps that the traditional calendar in fact creates.

Principal Steve Garrison says you can see the difference when students return after the short summer vacation.

Steve Garrison: We don’t have a long six to eight weeks of trying to get kids caught up. We start right off. Second week, instruction starts after our routines are set.

Lisa Stark: Despite the enthusiasm here for the year-round schedule, the data on its effectiveness are quite mixed. It is not clear that a balanced calendar really helps students retain more information or improves test scores.

Paul von Hippel: Well, it is basically the same 175, 180 days spread out differently across the year. And since total instruction doesn’t increase, total learning doesn’t increase either.

Still, at Sycamore, they’re convinced the year-round schedule is what’s best for students and teachers.

Denise Schaffer: I love having shorter breaks more frequently. I really feel that it is better for my — my level of energy and enthusiasm for teaching.

Lisa Stark: Those regular breaks are a big hit with Caico too.

Student: I really want to stay on the balanced calendar.

Student: Because it just makes me more happy.

Lisa Stark: So, Caico’s just fine waiting for her summer vacation, even as her sister is already off and running.

For the “PBS NewsHour” and Education Week, I’m Lisa Stark in Holt, Michigan.